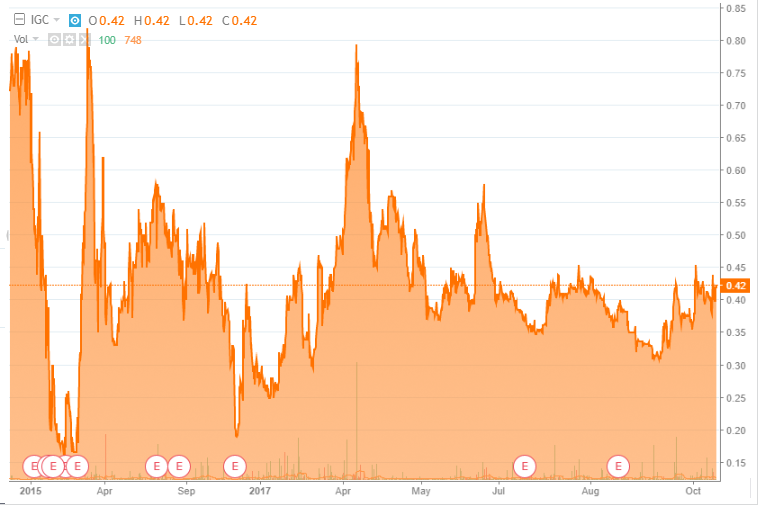 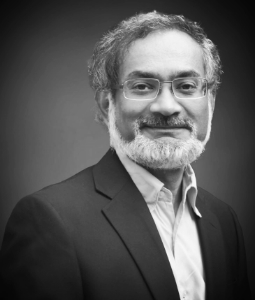 epilepsy in humans, dogs and cats. In support of this effort, IGC has assembled a portfolio of patent filings and four lead product candidates addressing these conditions. In India, the Company is engaged in heavy equipment rental, and in Malaysia, real-estate management. IGC’s registered US office is located in Bethesda, Maryland. The company maintains an R&D center in Washington state, and also has a back office in Kochi, Kerala India.

On October 4, 2017, IGC announced that it has prepared a liquid delivery formulation of its pre-clinical candidate, IGC-AD1 for Alzheimer’s disease. IGC is pursuing a two-pronged strategy with UGC-AD1, including both the liquid supplement formulation, which will be sold through licensed medical cannabis dispensaries, as well as a traditional FDA pathway for a drug formulation. The announcement follows an update issued by the company in September highlighting encouraging in vitro data compiled from genetically engineered cell lines within an Alzheimer’s Disease (AD) model, which showed that IGC-AD1 has the potential to enhance mitochondrial function and decrease the aggregation of Aβ proteins, without toxicity or inebriation. Specifically, the study showed that exposure over 36 hours to IGC-AD1 with a dosage between 2.5nM and 25nM concentration improved mitochondrial function between 30% and 60%. Dr. Chuanhai Cao, IGC’s Senior Advisor and Associate Professor of Pharmaceutical Sciences at USF’s College of Pharmacy conducted the studies.

IGC-AD1 targets a large market opportunity; there are 5.5mn people living in the United States with Alzheimer’s disease. Additionally, Alzheimer’s disease is the 6th leading cause of death in the United States, with deaths from the disease rising by 89% from 2000 to 2014. Alzheimer’s is also America’s most expensive disease, with an estimated annual economic cost of $236 billion. Other markets being targeted by IGC in it’s medical cannabis unit include IGC-501 for neuropathic pain associated with Parkinson’s disease, which management estimates represents a $500mn available market, as well as IGC-502for seizures in cats and dogs and IGC-504 for cancer and AIDS-induced nausea, vomiting, and eating disorders.

We are updating the price target for IGC to reflect its new business focus and an increase in shares outstanding since our last company note. We note that with the company’s new focus on cannabis drug and supplement development, that IGC will likely need to raise capital to fund clinical development, a process that offers high potential rewards but is also time-consuming, expensive, and uncertain. The new target is $1.20. If achieved, the target would represent potential upside of 200% from the recent price of $0.40.

Please review important disclosures on our website at www.seethruequity.com.

IGC is engaged in the development of cannabis based combination therapies to treat Alzheimer’s, pain, nausea, eating disorders, several end points of Parkinson’s, and epilepsy in dogs and cats. IGC has assembled a portfolio of patent filings and four lead product candidates addressing these conditions. The company is based in Maryland, USA. www.igcinc.us

Since its founding in 2011, SeeThruEquity has been committed to its core mission: providing impactful, high quality research on underfollowed small-cap and micro-cap

equities. SeeThruEquity has pioneered an innovative business model for equity research that is not paid for and is unbiased. SeeThruEquity is the host of acclaimed investor conferences that are the ultimate event for publicly traded companies with market capitalizations less than $1 billion.

SeeThruEquity is approved to contribute its research reports and estimates to Thomson One Analytics (First Call), the leading estimates platform on Wall Street, as well as Capital IQ and FactSet. SeeThruEquity maintains one of the industry’s most extensive databases of opt-in institutional and high net worth investors. The firm is headquartered in Midtown Manhattan in New York City.