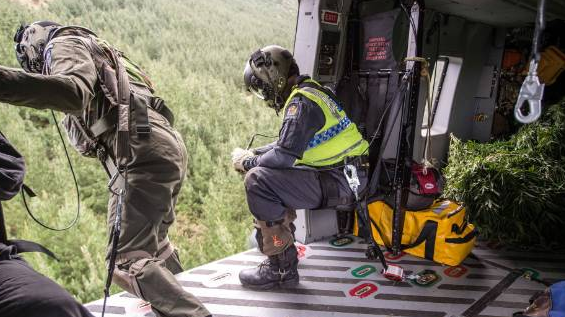 Nearly 20 percent of marijuana products in California have failed tests for potency and purity since the state started requiring the checks on July 1, a failure rate some in the industry say has more to do with unrealistic standards and technical glitches than protecting consumer safety.

The testing has been especially tough on cannabis-infused cookies, candies and tinctures: About one-third have been blocked from store shelves.

REASONS FOR FAILURE (Some samples failed for multiple reasons)

—Homogeneity (even distribution of THC): 25

In much smaller numbers, testing companies licensed by the state are finding unacceptable levels of pesticides, solvents and bacteria, including E. coli and salmonella, according to data provided to The Associated Press by the state Bureau of Cannabis Control.

In the first two months, nearly 11,000 samples were tested and almost 2,000 failed. In some cases, the product must be destroyed. But many involve labeling issues that can be corrected. For example, a marijuana bud that’s tested to show a different potency than what’s on the label can be relabeled and sold with the right specification.

To the state, the strict testing program is largely doing what it was designed to do: identify marijuana buds, concentrates, munchies and other products that are in some way tainted and unsuitable for eating or smoking.

“Mandatory statewide testing is a new thing and it’s going to take some time for everything to run smoothly, but on the whole we’re pleased with how things are progressing,” Bureau of Cannabis Control spokesman Alex Traverso said.

But as regulators consider recasting rules governing the nation’s largest legal pot economy, they are facing pressure to revamp testing requirements that are being alternately described as going too far, not far enough, or an overly costly burden.

The California Growers Association, an industry group, is among those concerned the state is forcing growers and manufacturers to hit too tiny a target when gauging levels of THC, the psychoactive chemical that causes marijuana’s high.

Rules require the THC concentration come within 10 percent of what is advertised on a product label. Company executives say some products are being rejected after landing outside the margin by tiny amounts.

The California Cannabis Manufacturers Association, another industry group, is pushing for changes that include allowing companies to challenge lab testing results.

“Even if the lab admits it made an error, there is no way to change those results,” said Bryce Berryessa, an association board member who is CEO of TreeHouse dispensary in Santa Cruz County and president of La Vida Verde, which produces infused cookies.

“Labs are not perfect. Mistakes get made,” he said.

At a state hearing last month, the Santa Ana-based testing company Cannalysis urged regulators to broaden their rules to include a test used in food and pharmaceutical industries that company officials say can detect a large number of potentially harmful species of mold and yeast not currently covered in state guidelines.

The company has seen examples where mold was on cannabis but the sample passed state tests.

Swetha Kaul, the company’s chief scientific officer who sits on the board of the California Cannabis Industry Association, said in an interview the state needs to “create a bigger net to catch things.”

By limiting its required review to a few mold species the state is “essentially creating a loophole where every other species can get by,” she said.

The rules require all cannabis products to clear a range of tests at labs before reaching consumers, from ensuring THC is distributed evenly in chocolate bars to making sure buds have not been contaminated by fuzzy blankets of mold.

Claims on the label, such as THC content, accounted for 65 percent of the failures, or 1,279 tests.

This is how the rule works: If a bottled juice drink said on the label it was 25 percent apple juice, testers would have to find that the concentration in the juice was within 10 percent of that mark, plus or minus. It’s the same with cannabis.

Next in line: About 400 batches were flagged for unacceptable levels of pesticides. Impurities such as bacteria and mold caused 114 rejections.

Ninety percent of the buds that were tested were sent on to shops, suggesting a mostly clean market for legal growers. The rejection rate was double that for concentrates: 20 percent of oils and “waxes” tested didn’t make the cut.

In a statement, the California Department of Public Health said it had not received any verified reports of illness resulting from consumption of a cannabis product attributed to mold or bacteria, although three complaints were submitted anonymously and were unverifiable.

The debate over testing isn’t just about lab procedures or allowable levels of pesticides. It all comes with a cost, which companies say is straining their budgets.

“Testing is currently costly, slow, and inconsistent,” the growers association told the state in a recent letter.

Testing for a small, outdoor marijuana farm can typically run $5,000 to $10,000 in California. There have been similar complaints in pot-friendly Colorado, where cultivators are dealing with new, required pesticide tests.

While California now has the nation’s largest legal market, a huge black market still exists. Los Angeles Police Department Chief Michel Moore spotlighted the risk of buying on the illegal market last week, warning consumers that the price from money saved “can be their life.”

He said unlicensed shops are known to lace their pot with Fentanyl and other narcotics. In an illegal shop “there’s no telling what they’re actually buying,” Moore said. 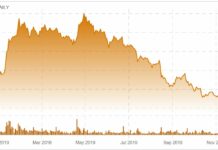 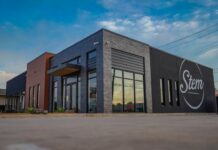 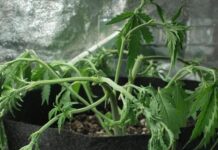 Phytophthora ate 40,000 of my Marijuana Plants in Just Two Days!