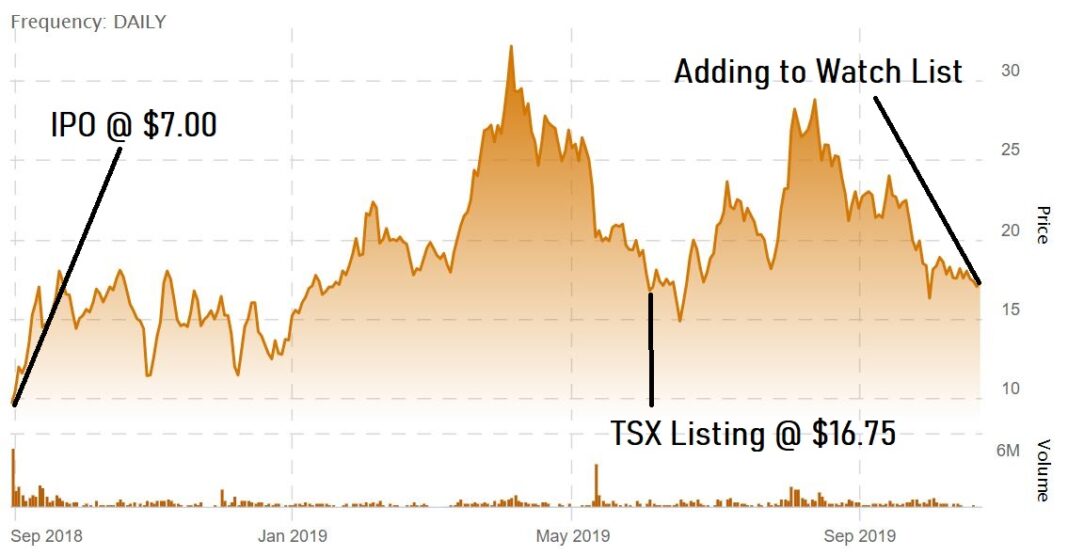 After a Rather Severe Market-Beating, One of The World’s Leading CBD Sellers Has Slid Firmly into Bargain Territory.

Does Having the Best CBD Products Make Charlotte’s Web one of the Best CBD Stocks? We think so and timing is near perfect.

IPO’d on August 30th of 2018 at $5.40 ($7.00 CDN) and graduation from CSE to the Toronto Stock Exchange on June 3rd of 2019 – Charlotte’s Web has traded like a small town roller-coaster when compared to the trading of many of its ‘Great America’ roller-coaster peers.

While the share price has retreated back to its Toronto listing price and down 42% from its recent high, revenues have continued to surge in the fashion of a true growth stock, regardless of industry.

In August 2013, CNN aired a documentary featuring Charlotte Figi, whose well-being had significantly improved after the use of the Stanley brothers’ customized extract. Charlotte had a form of epilepsy called Dravet Syndrome and as a result suffered from more than 300 seizures a day. In her first week taking CBD oil, Charlotte had no seizures. Following the airing of this documentary, Charlotte’s Web had a waitlist for its product of over 15,000 families.