Toronto, Ontario (October 16, 2018) – Biome Grow Inc. (“Biome” or the “Company”) is focusing on the Atlantic Canada region and investing in building strong Atlantic Canadian roots ahead of industry legalization on October 17, 2018. With approximately 390,000 square feet of production capacity in operation or under development primarily across Atlantic Canada, Biome is preparing to meet the high demand that is expected to exist in the region. 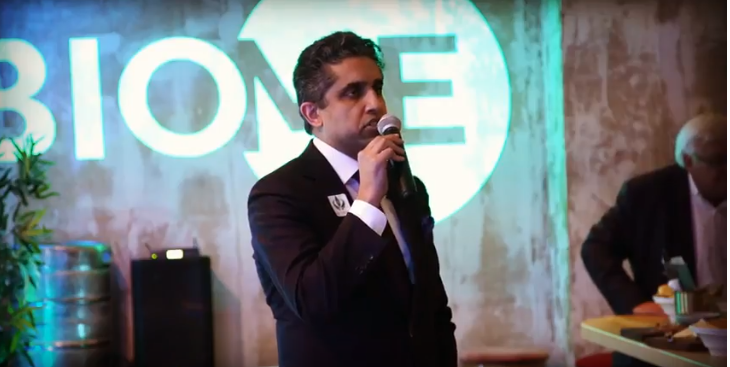 “Stats Canada released the results of its National Cannabis Survey for the third quarter of 2018 which focuses on cannabis consumption in Canada, with much of it reinforcing the reasons Biome has focused on Atlantic Canada,” said CEO Khurram Malik. “We spotted the lack of competition and high per capita consumption early on and set out to acquire subsidiaries and establish partnerships across the region.”

Statistics Canada released the results of its National Cannabis Survey, third quarter 2018* on October 11, 2018 offering the latest insights into cannabis consumption across the country. From the data obtained by the survey, Biome has identified that:

“These statistics are important for Biome’s business model, especially when you factor in that Atlantic Canada represents 7% of population and only 5% of the number of granted licenses. And, when factoring in licensed capacity, the percentage is even less,” added Malik. “Our investments in the region are driven by good business sense and are allowing us to build a strong Atlantic Canadian ecosystem, including creating full time employment, boosting economic growth, and establishing partnerships with organizations interested in enhancing their communities.”

Certain statements or projections contained in this document are forward-looking statements, including those that discuss the Company’s expectation of cannabis legalization on October 17, 2018, the expected high demand in Atlantic Canada for cannabis, the development of a strong Atlantic Canadian ecosystem, its plans to operate a diversified mix of low cost licensed cannabis production facilities across Canada and other jurisdictions, and to integrate a complimentary platform of technologies and services targeted at both the Canadian and international cannabis markets. Such forward-looking statements reflect management’s current beliefs and expectations and are based on assumptions made by and information currently available to the Company, including the assumption it will be able to obtain all necessary regulatory licenses, permits and approvals to produce and sell cannabis and generally operate its business in Canada and internationally, that labour, construction, and other costs will remain low for its licensed cannabis production facilities, and that sufficient financial resources will be available on reasonable terms.