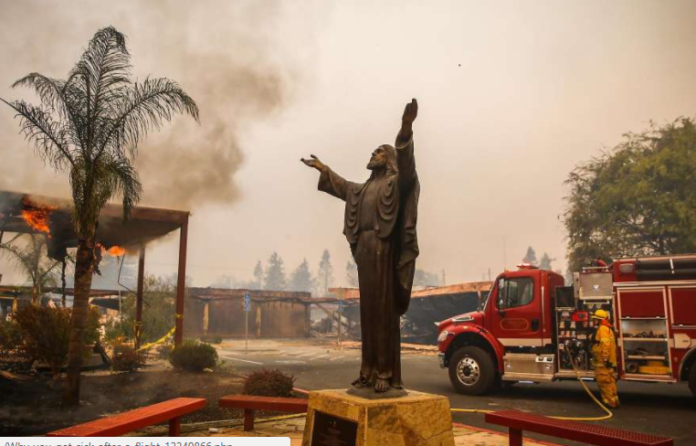 For many businesses in northern California, it will take years to rebuild from the wildfires that have decimated the region. For many legal cannabis growers, the destruction could be insurmountable.

At least six marijuana farms have been destroyed, said Hezekiah Allen, executive director at the California Growers Association. That number is likely to rise significantly as 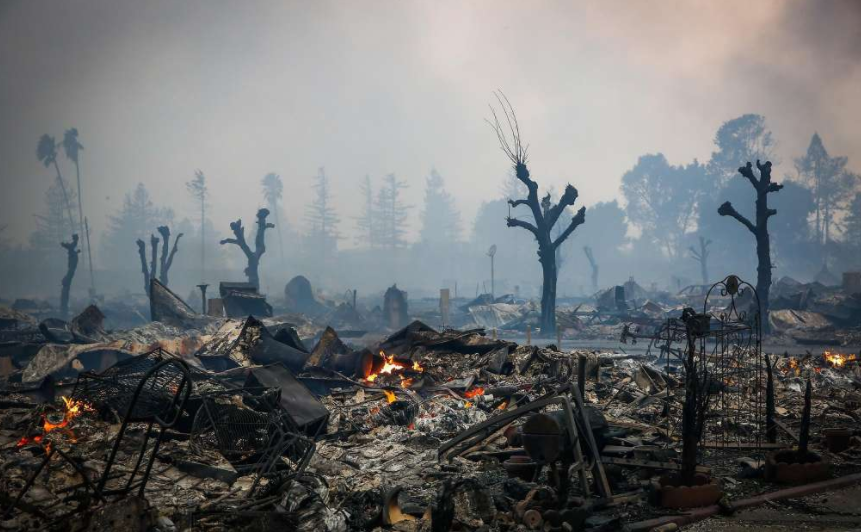 communications come back online and people who have evacuated the area are allowed to return and assess damages.

The growers face a challenging outlook because they don’t have access to a key lifeline in the world of agriculture: Crop insurance. They also have little, if any, access to loans as banks continue to shy away from businesses selling a product that’s illegal under federal law. If the region receives federal relief, pot farmers can’t get that either. So their cost of rebuilding will be entirely out-of-pocket.

“A lot of folks’ hopes and dreams for legal cannabis are in ashes or covered in smoke right now,” Allen said.

Gov. Jerry Brown declared a state of emergency across eight counties as 21 large fires have burned across about 191,000 acres of land as of Thursday morning, according to Cal Fire, the state’s Department of Forestry and Fire Protection. At least 23 people have died, with more than 20,000 evacuated and at least 3,500 structures destroyed. The National Weather Service issued red flag warnings and watches for the region on Wednesday and Thursday, indicating significant risk of increases in wildfire activity.

The size of the marijuana fields destroyed were about a quarter of an acre on average, Allen said. One farm was burned in the Atlas Fire in the Napa Valley, three were lost in the Santa Rosa area and at least two were destroyed in Mendocino.

The harrowing tales include one member of the growers association who woke up to a knock on her door at 2 a.m. She and her two children barely escaped their home, which burned to the ground 15 minutes later.

Hard-hit Mendocino County, along with Humboldt and Trinity counties, form the so-called Emerald Triangle – perhaps the capital of the U.S. cannabis industry.

California legalized marijuana for medicinal use in 1996 and for recreational purposes last November. The industry’s sales will reach $5.8 billion by 2021, according to the research unit of cannabis investment firm Arcview Group. That’s up from $1.8 billion last year. The opportunity has sparked what’s been dubbed as the Green Rush, as growers scramble to get a toehold.

But the price of getting in is high. Farmers have to pay for permits, water forms and licenses to grow the crop. They also contend with some of the same weather-related risks as traditional farmers, but without access to banking services or the ability to write off business expenses on taxes.

“A lot of the growers, the one up in Mendocino in particular who I talked to, she’s really spent her life savings over the last year getting permits and water forms,” Allen said.

Even marijuana crops that aren’t engulfed by the flames are at risk. As with wine, smoke damage can alter the taste of the product and reduce its price significantly. Some harvests might be salvageable, but many will be lost.