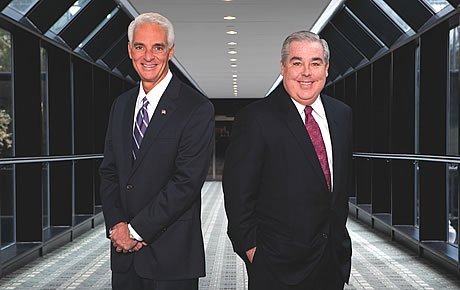 On November 8, it seemed like John Morgan got everything he had ever wanted out of politics. His amendment to make medical marijuana legal in Florida, an effort he had championed for the previous four years, had passed with more than 70 percent of the vote, the kind of winning margin that thoroughbred horse owners like Morgan daydream of.

When Morgan began this quest in 2014, the upper echelon of the Democratic Party donor class informed him it would be impossible to legalize medical marijuana in Florida; this isn’t Colorado, he was told. Morgan responded to that pessimism by pumping nearly $9 million of his own money since 2014 into his effort, known as Amendment 2. He barnstormed the state by bus and, in one celebrated appearance, delivered a profanity-peppered speech with a drink in his hand at a Lakeland saloon called Boots N Buckles that helped to set the medical marijuana issue on fire in the Sunshine State.