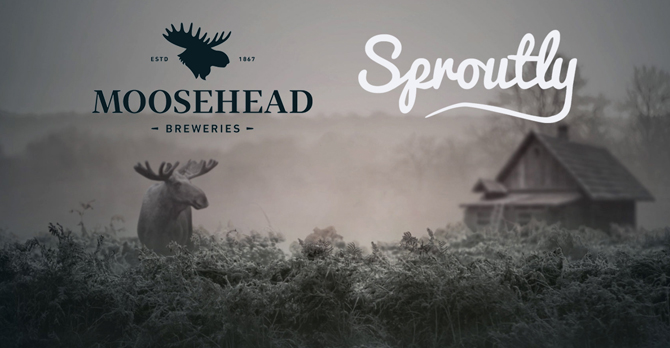 Canada’s oldest and largest independent brewery is getting into the cannabis business.

Moosehead Breweries Limited and Sproutly Canada, which aims to become the leading supplier of water-soluble cannabis solutions, yesterday announced their intent to form an exclusive joint venture that will develop, produce and market cannabis-infused beverages.

According to a press release, the JV will be structured as a standalone business, with Sproutly and Moosehead each holding a 50 percent stake. The two companies will each appoint three board directors.

“With their advanced technology and our long-standing product development experience, we expect to bring to Canadian consumers cannabis beverages that address the major issues currently limiting appeal of this category in other markets,” he said.

Those issues include products that actually have a desirable taste profile and rapid onset times, he said.

“The Infuz20 technology delivers a natural cannabis beverage experience, with an onset and offset time similar to traditional flower cannabis, without the need for chemical modification,” said Matthew Oland, the vice president of Moosehead overseeing supply chain, who will now serve as CEO of the JV.

“We believe this will be a game changer for the sector,” he added.

Under the terms of the partnership, Sproutly will supply Infuz2O to the JV for five years. The JV will be allowed to negotiate a two-year extension if it hits certain revenue goals. Sproutly will also provide formulation, research and development, and marketing resources to the JV.

Meanwhile, Moosehead — which makes a number of its own labels and contract brews for Boston Beer Company and S.A. Damm — will license its brands and IP to the JV, and provide the JV with product planning, distribution logistics, financial reporting, and other resources, according to an investor presentation.

Recreational use of cannabis was legalized in Canada last October, however, the sale of edibles and infused beverages are not currently permitted. Legalization of those products is expected to occur on October 17.

Stateside, several beer manufacturers — including Flying Dog and Heineken-owned Lagunitas — have experimented or explored the possibility of THC- and CBD-infused beverages.

Cannabis is not federally legal in the U.S., however 10 states — Alaska, California, Colorado, Maine, Massachusetts, Michigan, Nevada, Oregon, Vermont, Washington, and Washington, D.C. — have established laws permitting the sale and use of recreational cannabis within their borders. Several other states are currently working to decriminalize and legalize cannabis.