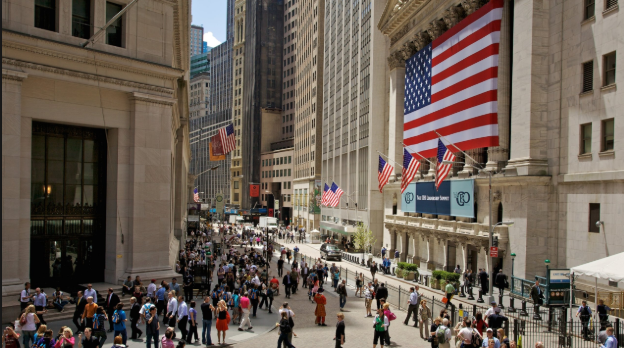 Confusion over the legal status of cannabidiol (CBD) as an ingredient in food and beverage products was highlighted again this week after state health departments in Maine and New York took actions to crack down on the popular ingredient.

The New York Post reported on Tuesday that officials from the Department of Health have begun confiscating CBD-infused foods from restaurants and food service outlets during routine inspections. According to the Post, as of Tuesday, five restaurants have been ordered to cease all sales of products that contain CBD.

This follows the department’s announcement last month of an embargo on such products; the Post reported that officials will begin issuing fines of up to $650 starting July 1.

“Restaurants in New York City are not permitted to add anything to food or drink that is not approved as safe to eat,” a department spokeswoman told the Post. “The Health Department takes seriously its responsibility to protect New Yorkers’ health. Until cannabidiol (CBD) is deemed safe as a food additive, the Department is ordering restaurants not to offer products containing CBD.”

Meanwhile, the Maine Department of Health and Human Services began sending letters in late January to businesses informing them that CBD is an unapproved food additive that is not recognized as safe by the U.S. Food and Drug Administration (FDA), according to a story in The Portland Press Herald. Retailers will still be permitted to sell non-oral CBD items, such as balms and vaping products.

According to a memo by Maine Assistant Attorney General Deanna White provided to The Press Herald, the shift in policy came after lawyers for the state determined that CBD cannot be used in foods until the FDA confirms it as an approved ingredient.

A group of over 100 people attended a rally at the Maine State House on Tuesday to protest the government’s decision. Inside the chamber, Rep. Craig Hickman (D) introduced an emergency bill that would make the sale of hemp-derived CBD legal. The bill, which Hickman said has the support of Gov. Janet Mills, may receive a public hearing by the end of February.

Following the passage of the 2018 Farm Bill which legalized industrial hemp production on a federal level, individual states have moved to take greater control over how they manage the growing market for hemp-derived products of all types. But the FDA’s position remains unchanged that CBD is not an approved ingredient for use in food and beverage products, and some states have been wary of violating federal guidelines. Last July, the California Department of Public Health (CDPH) issued a revised FAQ in which it reaffirmed its position that CBD cannot be used as an approved ingredient in food and beverage products until the FDA changes its status.

Lauren Rudick, an attorney at New York-based firm Hiller PC who specializes in cannabis, told BevNET that she hopes the recent actions would increase pressure on the FDA to change its current position relative to CBD. She noted that while retailers in New York City haven’t yet reported that any packaged CBD products have been confiscated by the Health Department, it didn’t mean they should consider those products immune.

“It hasn’t happened yet, but it wouldn’t surprise me if it did,” she said.

Phan said the decision by the Department of Health has, however, put the company’s plans to add an in-store cafe on hold. But should there be a similar confiscation of CPG products, he said his company has developed strong community support and he “wouldn’t take it laying down.”

“I knew when we started it was going to be a gray area, although it was much less of a strenuous experience than I anticipated,” Phan said, noting that he has worked closely with the local government to ensure his store meets all legal requirements. “Regulations will continue to unfold and I welcome that.”

Justin Prochnow, attorney at Greenberg Traurig LLP, told BevNET that he tells his clients that individual states’ health departments pose a greater risk to CBD food and beverage brands than the FDA.

“State departments of health can go into local restaurants or grocery stores and essentially red-tag products that they believe are non-compliant and tell them to remove them from the shelf,” he said. “States are looking at this and thinking there’s going to be such a huge influx of products that they are going to have to either early-on make clear that [they] don’t think it’s permissible, or, if they sit back, they will be too late and there will be too many things out there.”

While health officials in Maine and New York have taken action, there has also been recent movement on the issue in Washington, D.C. On Jan. 15, Senators Ron Wyden (D-OR) and Jeff Merkely (D-OR) sent a letter to FDA Commissioner Scott Gottlieb in support of updating the rules governing use of certain hemp-derived ingredients in food, beverages, and dietary supplements. The letter requests that the agency “immediately begin updating regulations for hemp-derived CBD and other hemp-derived cannabinoids, and [to] give U.S. producers more flexibility in the production, consumption, and sale of hemp products.”

Flower Power Coffee House in Queens, which has been serving CBD-infused products since it opened in April, posted a message on Instagram stating it would be “writing to our government officials to enlist their support in lifting this CBD embargo.”

Prochnow said that it is unlikely that the FDA is pressuring individual states to take action against CBD products. He noted that New York has independently taken similar actions against chlorophyll, activated charcoal and other ingredients in the past.

”We are seeing so many products being put out there, that the odds are you are going to see more of these types of things,” he said. “It certainly has companies concerned.”