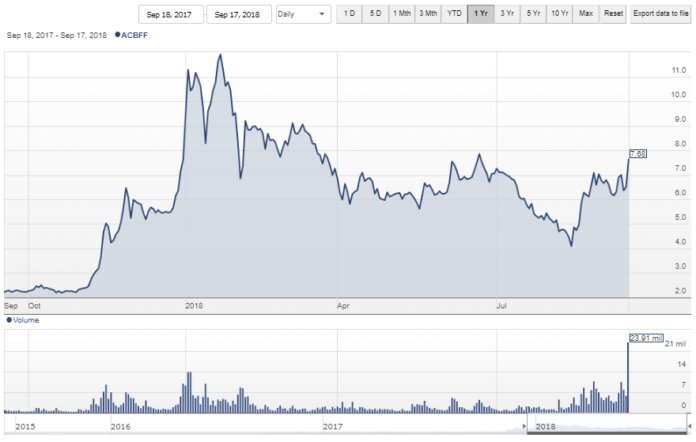 Dozens of stories on this one, most saying “sources say.” We’ll go with Bloomberg’s version. Personally, we don’t think any of the beverage giants have any interest in ‘jointly developing’ drinks with these pot growers. More likely they are trying to lock down CBD supplies, or/and THC in Constellations (STZ) case.

Is this worth a $3 billion increase in Aurora’s market cap?

Coke’s sales plunging. What next, Coke Pale Ale, CocaCoffe (in the works), CokeCoin?

(While the sources say the talks between Coca-Cola and Aurora are ongoing, there is no guarantee they will be successful or that a commercial agreement would be made public.)

The Coca-Cola Co. is in “serious talks” with Aurora Cannabis Inc. to develop cannabis-infused beverages, a groundbreaking move that would signal a significant foray into the marijuana sector by one of the world’s most iconic consumer brands, multiple sources familiar with the matter told BNN Bloomberg. 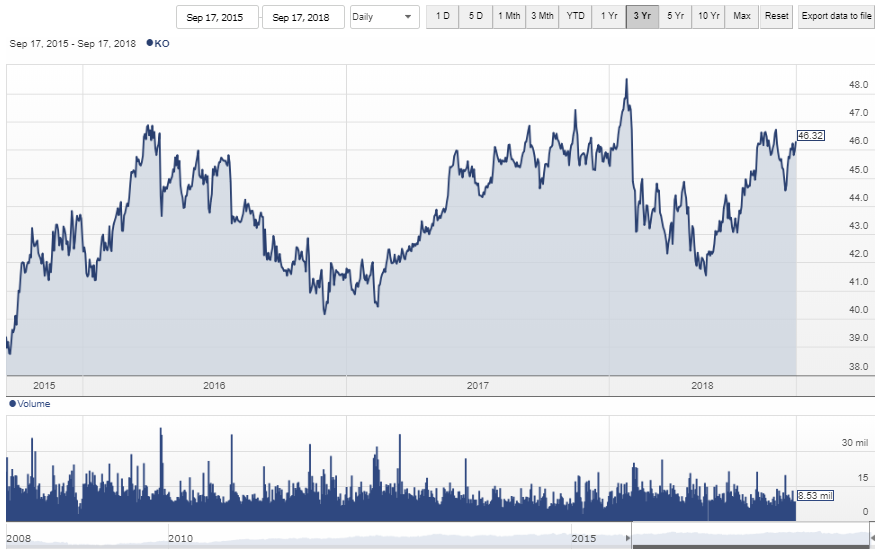 The sources said that Coca-Cola (), the world’s largest beverage company, is interested in developing beverages that are infused with cannabidiol, commonly referred to as CBD, the non-psychoactive chemical found in marijuana plants.

Unlike other deals between alcohol makers and cannabis producers aimed at making drinks that will give consumers a “buzz” similar to inhaling marijuana, Coca-Cola and Aurora () would likely develop beverages that will ease inflammation, pain and cramping.

Estimates vary, but the consumer CBD market is estimated to grow to US$2.1 billion by 2020, from $202 million in 2015, according to a recent report in the Hemp Business Journal.

“They’re pretty advanced down the path” of doing a deal, according to one source who has direct knowledge of the talks between the two companies.

“It’s going to be more of the ‘recovery drink’ category,” the source added.

The sources declined to speak on-the-record with BNN Bloomberg as discussions between Aurora and Coca-Cola remain private.

READ MORE: Why Coca-Cola may add a cannabis component to its drinks

Kent Landers, a spokesman from Coca-Cola, declined to comment about Aurora. However, he added in an emailed statement to BNN Bloomberg that “along with many others in the beverage industry, we are closely watching the growth of non-psychoactive CBD as an ingredient in functional wellness beverages around the world. The space is evolving quickly. No decisions have been made at this time.”

Heather MacGregor, a spokeswoman with Aurora, said in an emailed statement that the cannabis producer has expressed specific interest in the infused beverage space, and intends to enter that market.

“As a rule, we do not discuss business development initiatives until they are finalized, however we have a responsibility to our shareholders to give proper consideration to all relevant opportunities that are presented,” MacGregor said.