(Editor note: World Farms CEO Mr. Griffiths has extensive experience in retail, real estate, civil design, construction, public relations, and international business transactions. He was the Managing Director of BOSCO UK and was Chairman for the Vancouver 2010 Olympic Bid Society. Locally Mr. Griffiths held positions as the youngest owner in NBA and NHL history where he held the position as Owner, Chairman and CEO for Orca Bay Entertainment, which owned the Vancouver Canucks, Vancouver Grizzlies, where Mr. Griffiths privately financed the design and construction of GM Place (Rogers Arena). He also led the design and construction of the $1.2 Billion Vancouver Skytrain System as Chairman and Chief Negotiator. Mr. Griffiths holds a Bachelor of Business Administration (BBA) focused on marketing and received his Honorary DR of Law in 2011.)

On February 27th CROP divested its interest in Italian and Jamaican joint ventures in return for $2.0 million in common shares of World Farms Corp at a deemed price of $0.20 per share for a total of 10,000,000 shares.

WFC Farms is a private company that is building a portfolio of low cost, scalable international cannabis assets in countries where the sale of either CBD or cannabis is legal. WFC’s current portfolio includes joint ventures in Italy, Croatia, South Africa, Uruguay and Jamaica. Planting of 172 acres of High CBD Hemp is under way in Italy and Croatia for harvesting and processing to produce high quality CBD isolate for sale in to the European market. The company has also retrofitted an 87,000 square foot greenhouse with light dep curtains and LED lights for micro propagation of plant starters for the region.

CROP CEO, Michael Yorke, stated: “CROP is pleased with the expedience with which the team at World Farms Corp. has approached a go public transaction. Divesting our Italian and Jamaican assets to the team at World Farms has allowed CROP to focus and expand its operations in the USA. CROP’s sales teams with work closely with the team at World to assist them establishing customer relationships to ensure World’s successful launch in to the CBD market and the public markets as a whole.”

CROP has developed a portfolio of assets including Canna Drink, a cannabis infused functional beverage line and 16 Cannabis brands.

Certain statements in this press release are forward-looking statements are not based on historical facts, but rather on current expectations and projections about future events and are therefore subject to risks and uncertainties which could cause actual results to differ materially from the future results expressed or implied by the forward-looking statements. In addition, marijuana remains a Schedule I drug under the United States Controlled Substances Act of 1970. Although Congress has prohibited the US Justice Department from spending federal funds to interfere with the implementation of state medical marijuana laws, this prohibition must be renewed each year to remain in effect. These statements generally can be identified by the use of forward-looking words such as “may”, “should”, “could”, “intend”, “estimate”, “plan”, “anticipate”, “expect”, “believe” or “continue”, or the negative thereof or similar variations. Forward-looking statements in this news release include statements regarding the expected returns from the World Farms Project; the technological effects of World Farms Project; the intention to expand its portfolio; and execute on its business plan. Such statements are qualified in their entirety by the inherent risks and uncertainties surrounding the regulatory and legal framework regarding the cannabis industry in general among all levels of government and zoning; risks associated with applicable securities laws and stock exchange rules relating to the cannabis industry; risks associated with maintaining its interests in its various assets; the ability of the Company to finance operations and execute its business plan and other factors beyond the control of the Company. Such forward-looking statements should therefore be construed in light of such factors, and the Company is not under any obligation, and expressly disclaims any intention or obligation, to update or revise any forward-looking statements, whether as a result of new information, future events or otherwise, except as required by applicable law.

The CSE has not reviewed, approved or disapproved the content of this press release.Source: CROP Infrastructure Corp. 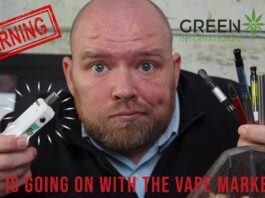 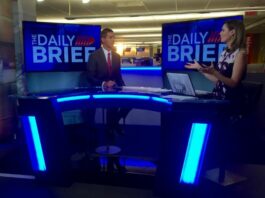 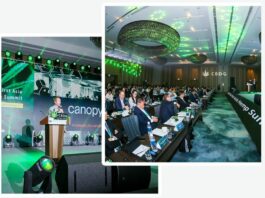