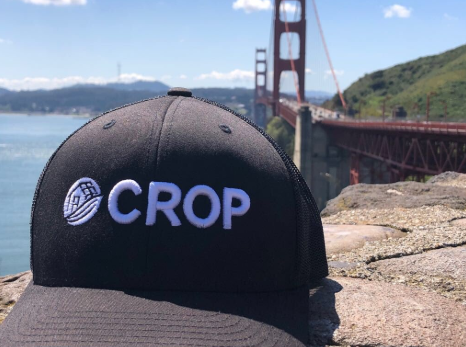 Crop Infrastructure Corp (CSE: CROP) filed its year end financials for FY18 last Friday, posting $0.00 in revenues and a net loss of C$15.2 million. As can be seen by the performance of the equity yesterday on the first trading day of the week, investors weren’t overly pleased with the results, dragging Crop Corp down to $0.20, posting a down day to the tune of 13.04%.

The trouble is however, that as it currently stands it doesn’t look like Crop Infrastructure will ever post revenues. That’s not due to a lack of operations, or anything else however. What most retail investors fail to understand is that based on the current assets owned by the company, Crop Corp can’t post revenues.

Why? The answer is simple – for some unknown reason, the company has elected to never own more than 49% of any asset. What this means, is that the company does not effectively exercise control of the entity and thus cannot claim the revenues that they generate.

While many are quick to point out that there is a line item representing “amounts due from associates” filed under non-current assets on the balance sheet to the tune of $15.2 million, let us be clear – this is not revenue. Rather, this consists of money which Crop Corp has advanced to its associates in order for them to get operations going. The money in all instances has been issued in the form of promissory notes that contain no interest rate nor a defined payback period.

Many retail investors are likely a bit confused at this point with what we’re trying to say. The reality is, is that if you don’t exercise control of an entity, you cannot claim the revenues. Although simple math dictates that the company should be privy to a percentage of revenue based on ownership, that’s not exactly how it works. Rather than topline revenue, or even gross revenue, Crop Infrastructure has structured all of its investments, as far as we’re aware, in a manner that entitles them to their fair share of net profit or loss.

What this means, is that all operating expenses of the entity are first accounted for before Crop gets any return on its investment. This includes wages, office expense, consultant fees, lease payments, professional fees, general and administrative expenses, advertising and promotion costs, travel and entertainment expenses, and so on and so forth.

This is fine and reasonable, except for one part. Investors have no sense of how this money is being spent in the slightest. Crop Corp didn’t post the revenues generated by any of its investments during the last fiscal year. While they gave us some information, such as current cash positions, assets and liabilities, as well as G&A expenses, this is simply not enough. Overall, a loss of $714,933 was posted amongst all of Crop Corp’s subsidiaries, but we know little on where that money actually went and what it was spent on.

Further to this, there is no set timeline for when the public entity will receive any return on its investment. More than anything, the public vehicle appears to have been used as a means for common associate David Baker to get his operations up and running under the Hempire brand. Crop Infrastructure Corp has repeatedly partnered with Baker’s numerous entities, of which he is involved or associated with:

What’s more, it appears that Baker has the upper hand when it comes to equity ownership in most instances. Despite the minority stake in the ventures, Crop Corp’s shares are being utilized as a form of finders fees in at least one of deal, to the tune of 1.3 million shares being issued.

In summary, Crop Corp has used investor funds to acquire minority stakes in assets, for which they can’t record revenues, and for which they only get their portion of net profit or loss once all the dust settles on expenses. There’s no timeline of when said funds will be repaid on these interest free loans. And, we have little sight of what these expenses consist of.

As posted on DeepDive.