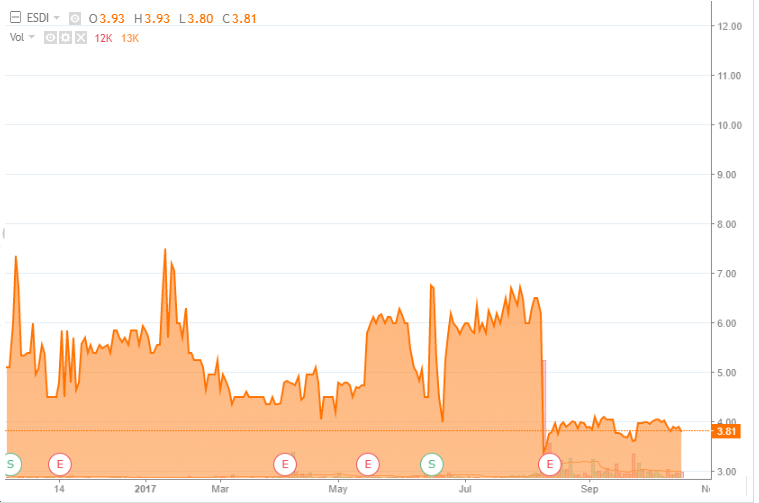 Eastside Distilling, Inc. (ESDI) (“Eastside” or the “Company”), a producer of award-winning craft spirits, today announced first deliveries of West End Blend, an American whiskey that is finished in Oregon Oak. West End is crafted from whiskeys that age for up to five years in traditional American white oak before being transferred to barrels of Oregon Oak. Oregon Oak finishing, prized for the complexity it adds to bourbon and whiskey, is gaining popularity inside and outside Oregon. The vibrant new look of the West End bottle is the product of a nine month “all Portland” creative collaboration with local spirits branding powerhouse, Sandstrom Partners (“Sandstrom”), and is meant to reflect West End’s uniqueness and its roots in Portland, Oregon. 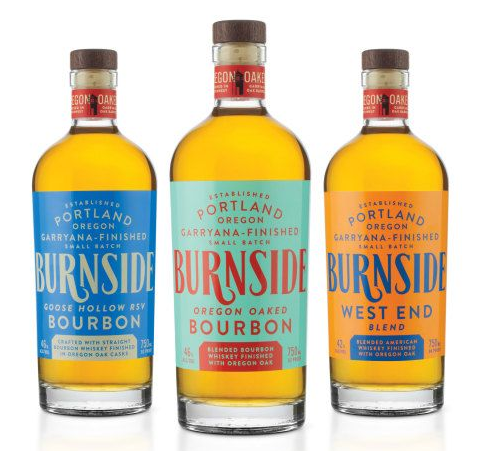 The West End blended whisky is scheduled to be followed shortly by two bourbon products and later this season by a rye whiskey. All members of the Burnside family of bourbons and whiskeys share the common characteristic of being finished by resting in casks made by hand from Oregon Oak, thereby making the product line unique among spirits offerings. The Company released the first bourbon finished in Oregon Oak in 2012. After its success in winning many gold medals in competition, the Company decided to fully embrace the technique that it had pioneered, and chose to finish all of its spirits using the method.

Eastside’s Master Distiller, Mel Heim, commented that “Oregon Oak is unlike other American white oaks that are used to make the barrels that begin the bourbon aging process. Oregon Oak, or ‘Garryana’ as the species is called, is almost sponge like from the fast growing it does in the wet Oregon winters. Not only does it soak up the whiskey and deeply flavor it, it has an unusually high content of vanillin when charred. Vanillin is a natural compound that mocks vanilla bean flavoring and a little hint of it is a great compliment to whisky, bourbon or rye.”

“It’s not as easy as just putting bourbon into a barrel,” continued Ms. Heim. “The oaking process is like dancing with Mother Nature, since individual barrels of this wood can be very different. Oregon Oak has much more flavor variation than other oaks. The level of toast or char can also alter the flavor dramatically. It’s a bit nerve wracking at times, but I love the art to it, and the fact that each batch I do has its own character and is totally Oregon.”

Sandstrom’s branding unbundles Burnside Bourbon from the image of Major General Ambrose Burnside that was previously on the bottles and realigns it with Burnside Street, the Portland street artery that divides Portland’s North and South. Burnside Street is now a thriving hub of activity that’s alive with creative expression, art galleries, Powell’s Books, iconic record stores and music venues that makes it the epicenter for one of Portland’s most celebrated music scenes. Sandstrom also wanted the Burnside Bridge to play a role in the redesign because of its civic significance and took design cues from it. If Burnside is the heart of Portland, then the bridge is the heart of Burnside. Burnside Bourbon’s new design, with its bold typography and unexpected color relationships, draws its inspiration from the music posters that graced any number of telephone poles along the busy street.

Grover Wickersham, chairman and chief executive officer of Eastside Distilling, said “We sell amazing, small batch craft bourbon and whiskeys that have a different character to them than the mainstream brands. Sandstrom Partners’ bottle design is true to our philosophy of being different, and it captures our unique quality and Oregon roots.”

Wickersham added, “Burnside Street became notorious in the 1860s for liquor and card rooms that drew the sailors from a large dock at the foot of Burnside. The street’s original history for saloons and sailors may be an inappropriate association for a bottled water brand, but I think it might be a perfect association for a whiskey that has real character and flavor to it like West End.”

In December of 2016, Eastside entered into a strategic partnership with Sandstrom for spirits branding that extends to its Eastside’s entire IP of existing and contemplated products. Sandstrom is a significant shareholder of Eastside and is represented on Eastside’s Board of Directors. The current release of the Burnside brand is the first of what Eastside anticipates will be many brand innovations in collaboration with Sandstrom.

Eastside Distilling, Inc. (NASDAQ: ESDI) is located in Southeast Portland’s Distillery Row, and has been producing high-quality, master crafted spirits since 2008. Makers of award-winning spirits, the company is unique in the marketplace and distinguished by its highly decorated product lineup that includes Barrel Hitch American Whiskies, Burnside Bourbon, Below Deck Rums, Portland Potato Vodka, and a distinctive line of infused whiskeys. All Eastside spirits are master crafted from natural ingredients for unparalleled quality and taste. The company is publicly traded under the symbol NASDAQ: ESDI. For more information visit: www.eastsidedistilling.com or follow the company on Twitter and Facebook.