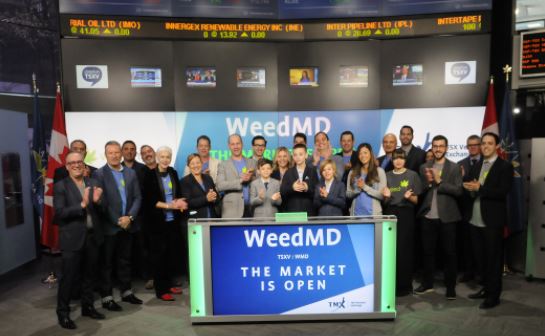 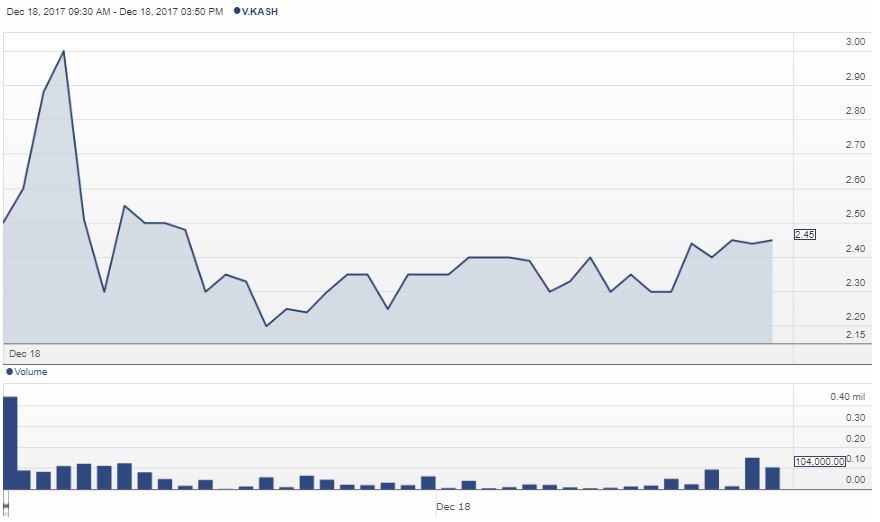 At least 50 more blockchain and cryptocurrencies firms are preparing to list on the TSX in the coming year, including Hut 8 Mining Corp., according to Harris Fricker, CEO of GMP Capital Inc., noting that the TSX Venture Exchange tends to be less risk-averse than many other stock exchanges around the world.

In the past, the TSX Venture Exchange has been mainly for smaller companies trading oil and gas, traditional mining and, recently, medical marijuana futures according to Fricker. He says that “at least eight cryptocurrency-related stocks are now trading in Canada.”

HashChain stock started trading today at $2.20 CDN a share. The company has already raised $4.4 million with 41,179,000 common shares both issued and outstanding, in preparation for today’s launch on the TSX.

HashChain says it will initially mine the altcoin Dash but will go on to mine bitcoin in January 2018. After that they say they will “be supporting highly scalable and flexible operations across all major cryptocurrencies.”

The company is counting on their Canadian location to give them an edge:

“Our ideal location for mining will maximize revenue on each coin, and our proprietary approach to operations can sustain rapid growth and scalability.”

HashChain CEO Patrick Gray told Bitcoin Magazine in an interview that although their office is in New York, mining operations will be run out of Vancouver, Canada.

“We have our mining operation in Vancouver because it’s the optimal location to reduce the costs of large-scale mining. Canada has cheap internet, low energy costs and a cold climate that greatly reduces the cost of cooling mining equipment,” noted Gray.

“We monitor these operations 24/7 from New York with a web interface that ensures IP, temperature, hashrate, wattage, fans and memory are all operating at maximum efficiency. This allows us to minimize expenses for each coin mined.”

As a start, HashChain is mining on the Ethereum blockchain using high-performance ASIC 100 Dash mining rigs. It has also purchased 770 ASIC bitcoin rigs.

“One of HashChain’s core advantages is that our operations are in Canada, which is one of a few places globally that offers the most energy-efficient mining conditions,” said Gray.

“On top of that, there is likely to be new rigs on the market in the near future that reduce the amount of energy required to mine at high hashrates, similar to how the market largely moved from GPUs to ASICs for this reason. From a general standpoint, as the country begins to move towards renewable energy, this could lessen the environmental impact as well.”

HashChain hopes to set up more mining locations in cool climates, with low-cost energy and reliable high-speed internet, what the company calls the “trifecta” most critical to mining success.

They are also currently working on proprietary software capable of monitoring hash rates of equipment so they will automatically switch computing power to the currency that is most profitable at that time.