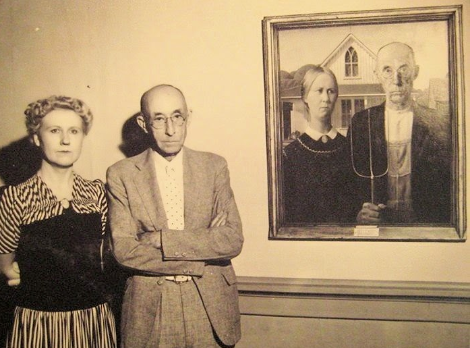 (Things are getting a tad confusing out there, here are three articles to further confuse, including a Short-sellers ‘short and distort.’)

On the heels of hemp legalization, regulators have fired a ‘warning shot’ to the $1 billion CBD industry (BusinessInsider).

A plant that’s nearly identical to marijuana became legal to grow in the US earlier this month.

As a result of the US Farm Bill, which President Trump signed into law at the end of December, American farmers will be able to plant and harvest hemp, a strain of the same plant species from which marijuana originates.

The passage of the law doesn’t necessarily mean you can buy or use hemp products — which include those made with the highly toutedwellness ingredient CBD— anywhere.

Shortly after Trump signed the Farm Bill that made hemp farming legal for the first time, US regulators from the Food and Drug Administration sent out a statement underlining their powers to manage a selection of cannabis products, including drugs, foods, and supplements made with hemp-derived CBD.

That could come as a surprise to the millions of nascent businesses that are preparing to take advantage of hemp’s new legal status, according to industry analysts. CBD derived from hemp already makes up a growing industry worth roughly $1 billion, and entrepreneurs expected the new law to prime those businesses for a boom.

Thousands of retailers that sold everything from CBD lattes andbottled teas to canned beer-like drinks and gummies before the Farm Bill’s passage are subject to the FDA rules. However, as long as CBD products are sold without therapeutic claims and within state lines, they appear to be considered legal.

But the path to a lucrative boom may not be as straightforward as expected. Read the full article on Business Insider.

How Cannabis Just Took A Step Towards Legalization In The U.S. Farm Bill (Forbes).

President Trump signed a new $867 billion farm bill into law on December 20th, 2018. The Agriculture Improvement Act of 2018 was passed with strong bi-partisan support in both the Senate (87-13) and the House (369-47). While the details of the bill include provisions that generally continue the current farming and nutrition policies, there was a little wrinkle that caught cannabis investors attention. It legalizes cannabis. Well, not the cannabis you are probably thinking of but the bill is the first real step the federal government has taken towards legalization almost 50 years.

The first thing we need to define is what cannabis is. I’m trying to be cute with that statement. The terms Cannabis, Marijuana and Hemp have been used in different ways depending on the point of view of the writer. Even in in scientific literature, it isn’t very clear with arguments abounding about where the line between strains and species exists. Generally speaking, we can say that cannabis is a genus of plants with 3 species – Cannabis Sativa, Cannabis Indica and Cannabis ruderalis. The first two are types that a consumer might see highlighted in any marijuana dispensary. As we said, it is argued in some circles that these are not different species as all, but would better be characterized as different strains. So, there is some understandable confusion for the layman as to where that line is. Whatever your definition, species or strain, cannabis with high levels of THC, the chemical that makes users high, remains illegal under the new law so there is no reason for advocates of legalization to get too excited…yet.

This bill legally defines ‘hemp’. Generally speaking, the Federal Government has not made any distinction between strains or species of cannabis in the past. They were all illegal. The most interesting part of the 1,006-page bill is the last page. It amends the Controlled Substances Act of 1970 concerning marijuana for the first time. Specifically, it refers to a new definition of “hemp” as being any C. Sativa plant that has THC below 0.3% on a dry weight basis. This bill does not legalize cannabis in full, but it does legalize strains with low THC.

Legalizing strains that are low in THC is important for the nascent cannabis industry. Why? Read more on Forbes.

(An ‘A’ for negative article effort from investor who owns puts.)

NBEV stock recently rocketed from a market cap of $50 million to over $400 million on CBD-infused beverage hype.

NBEV just got the rug pulled out from under them with recent FDA commissioner’s statement on CBD.

Management hasn’t been forthcoming about the regulatory challenges in rolling out CBD-infused beverages in our opinion.

New Age Beverages (NASDAQ) stock recently rocketed from a market cap of $50 million to over $400 million on CBD-infused beverage hype.

Read full article here before it goes paid readers only.