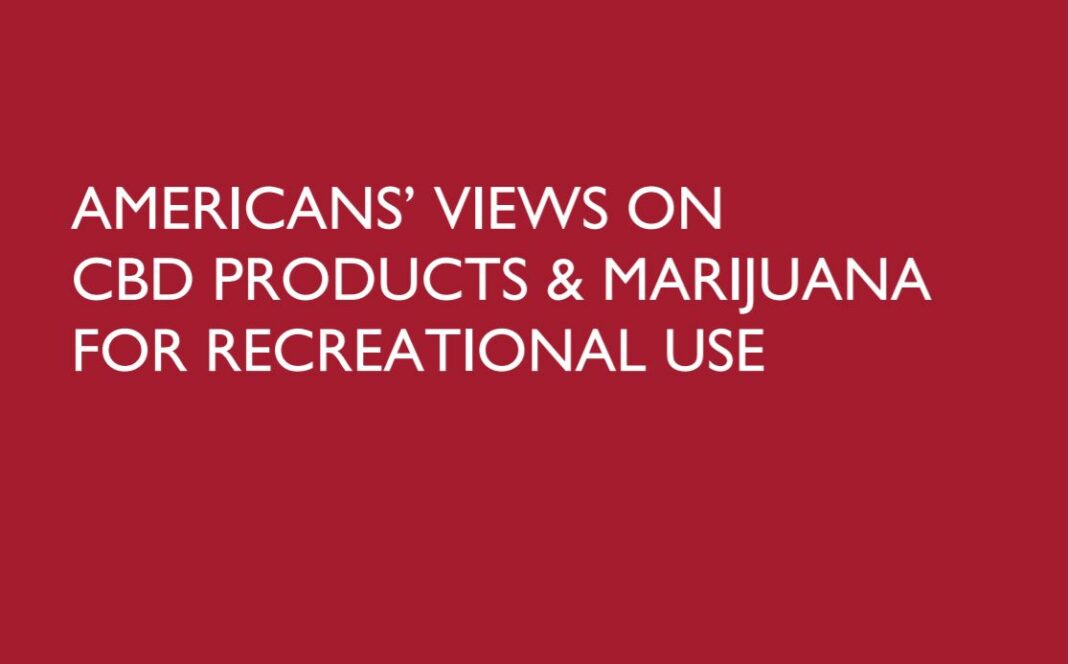 AMERICANS’ VIEWS ON CBD PRODUCTS & MARIJUANA FOR RECREATIONAL USE

This report examines the public’s views on two issues being debated in the U.S. today. The first issue is regulation of CBD (cannabidiol) products. CBD is a substance produced by the cannabis family of plants, but is not psychoactive, meaning it does not cause the “high” associated with marijuana. The second issue is regulation of marijuana for recreational use.

A new poll by POLITICO and the Harvard T.H. Chan School of Public Health finds that slightly more than half of American adults (54%) are familiar with CBD products, and one in seven adults (15%) say they personally use CBD products.

The poll asked what the future role of the Food and Drug Administration (FDA) should be in regulating the safety and effectiveness of CBD products. When it comes to safety, just over half (51%) of those familiar with such products believe that CBD products should be allowed to be sold to the public only if they have been shown to be safe by the FDA, like prescription drugs are; 45% believe consumers should be able to buy CBD products in the same way they can buy vitamins and dietary supplements – without being shown by the FDA to be safe.

When asked about the FDA’s role in monitoring effectiveness, a majority (55%) of those familiar with CBD products say consumers should be able to buy such products in the same way they can buy vitamins and dietary supplements – if they think they are effective for them, without first being shown to be effective by the FDA. In contrast, 43% think CBD products should be allowed to be sold to the public only if they have been shown to be effective by the FDA, like prescription drugs are.

Of importance, CBD products and marijuana for recreational use are seen as less harmful to the people who use them than tobacco cigarettes, e-cigarettes, and alcohol.