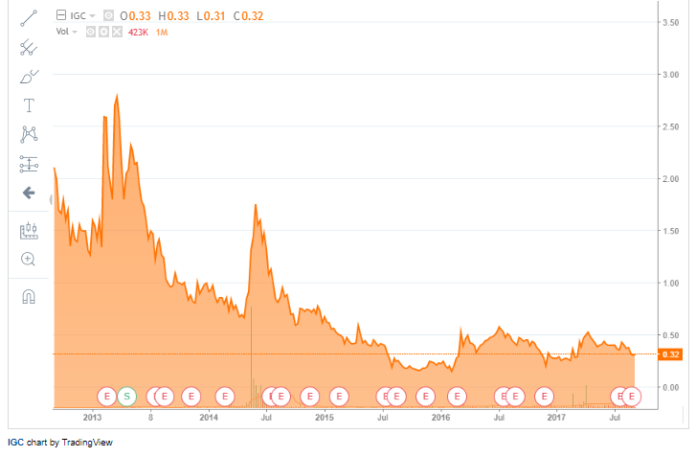 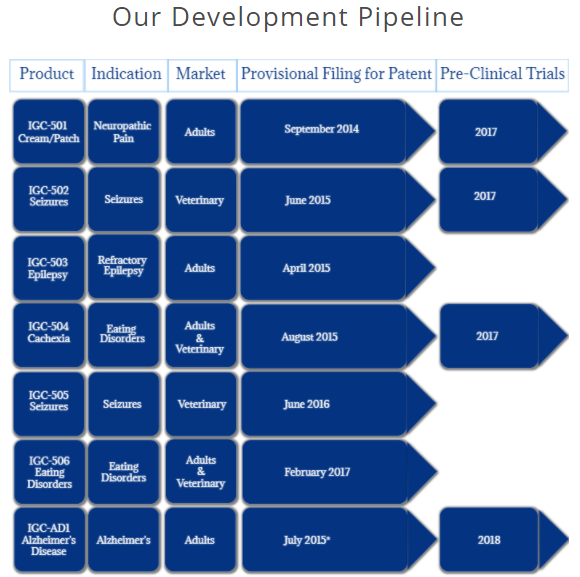 BETHESDA, Md., Sept. 11, 2017 (GLOBE NEWSWIRE) — India Globalization Capital, Inc. (NYSE American:IGC) today provides an update on compelling in vitro data compiled from genetically engineered cell lines, confirmed by Dr. Chuanhai Cao, an IGC Senior Advisor and Associate Professor of Pharmaceutical Sciences at USF’s College of Pharmacy, which shows that at varying concentrations of THC, the production of Aβ40 protein decreases by as much as 50% over a 48-hour period.

It is believed that Alzheimer’s disease is caused by two types of legions in the cerebral cortex and hippocampus: 1) senile plaque composed of amyloid beta peptides (Aβ plaque), and 2) neurofibrillary tangle, composed of highly phosphorylated Tau protein. Amyloid Protein Precursor (APP), on the surface of neurons, is normally cleaved by enzymes to free up Aβ peptide composed of 36-43 amino acids that is then cleared by the body.

In patients with Alzheimer’s, an imbalance causes Aβ to be unregulated, resulting in the abnormal buildup into insoluble fibroles depositing as senile plaques. Aβ monomers aggregate to form oligomers and then into fibril Aβ. It is believed that extracellular misfolded oligomers are toxic to nerve cells.

Aβ40 and Aβ42 play a key role in amyloid plaques and have been implicated in the pathogenesis of Alzheimer’s disease.  The studies done by Dr. Cao at USF led to the filing of a patent by USF entitled, “THC as a Potential Therapeutic Agent for Alzheimer’s Disease.”

“IGC acquired the exclusive right to this patent filing and we plan to advance this technology through medical trials that can potentially bring much needed relief for patients suffering from AD,” says IGC’s CEO, Ram Mukunda.

About Alzheimer’s Disease
Alzheimer’s Disease (AD) is a form of dementia.  It is known as America’s most expensive disease, with an estimated cost to the U.S. economy of $236 billion.  AD currently affects more than 5.3 million Americans.  Over the next 20 years, the number of those afflicted with the disease is expected to double.  The forecast is staggering, considering that to date, no effective cure has been found.

About IGC
IGC is engaged in the development of cannabis based combination therapies to treat Alzheimer’s, pain, nausea, eating disorders, several end points of Parkinson’s, and epilepsy in dogs and cats.  IGC has assembled a portfolio of patent filings and four lead product candidates addressing these conditions. The company is based in Maryland, USA.

Forward-looking Statements
Please see forward looking statements as discussed in detail in IGC’s Form 10K for fiscal year ended March 31, 2017, and in other reports filed with the U.S. Securities and Exchange Commission.