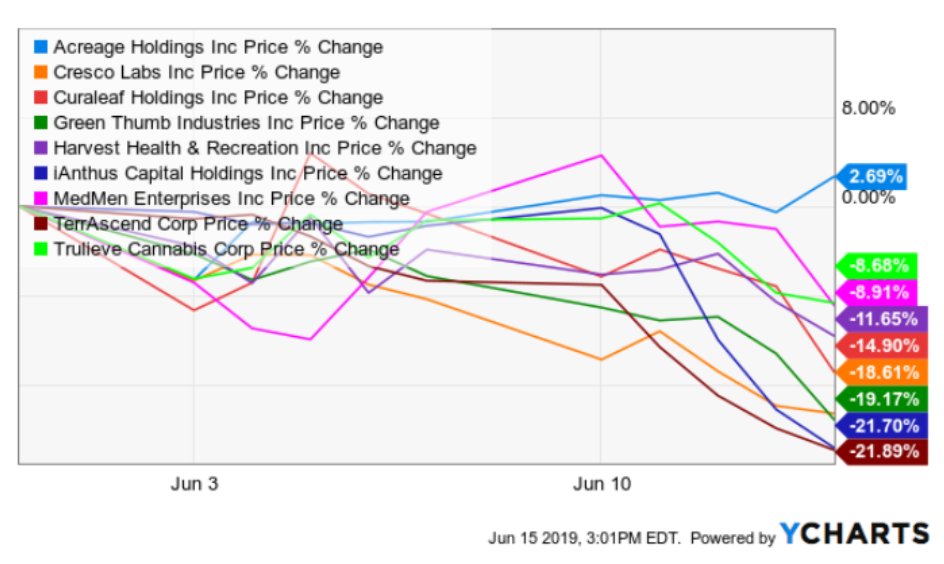 The second reason for pressure on the stocks, unlocking of shares, is a topic we have discussed here before. Most of the MSOs have gone public with extremely large founder stakes relative to the overall size of the shares outstanding, with these ownership positions usually held in the form of voting shares that are convertible to the subordinated shares. The tight float of stock and the strong demand for shares has resulted in volatility to the upside. Ultimately, though, as the float increases, supply and demand come into better balance. When one stock gets pressured by its float expanding, it can impact all stocks, as often holders of related companies will consider swapping their position into the declining stock, given that the relative valuation improves as the stock with the increased float declines.

We think this shifting float is the more important cause for the recent decline in the MSOs. On its call in late May, Harvest CEO Steve White discussed that 18 million shares held by insiders and long-term investors would become freely-trading soon along with 50 million shares issued in November to pay for acquisitions. He suggested that the company expected 20 million of these shares in total to hit the market. On June 5th, 13.3 million shares traded on the CSE, reflecting a planned transaction we believe.