Last weekend, Full Circle Brewery Company hosted what was slated to be its final event – one last hurrah for the brewery/performance arts space, after 16 years in Fresno’s Chinatown.

It ended up being a retirement party for brewmaster Kenny Young and his partners, who are finalizing the sale of the building and business to a pair of 30-something accountants with a passion for beer and a love for downtown Fresno.

The brewery remains open in the interim, with Young serving as a mentor of sorts, teaching the pair the brewery’s recipes and helping them settle into the day-to-day operations.

Full Circle Brewery, which offers entertainment along with its craft beers in downtown Fresno, will change ownership after 16 years with a farewell party for current operators Bill McCrory and Kenny Young.

Full Circle Brewing Company opened in 2000 in an 8,700 square foot warehouse at the south end of F street. The red brick building, once housed the USPS motorpool and was converted to house a seven barrel brew system, with space left over for a bar and stage with lighting and sound. It was one of Fresno’s first contemporary craft breweries and became home base for an eclectic mix of performers and patrons. The place served as host to the Rogue Festival and Fresno’s beard and mustache club. It held roller derby bouts and poetry slam competitions and a dozen years of Food Not Bombs fundraiser concerts.

CASSIDY AND I SHARE A PASSION FOR CONSUMING BEER.

Arthur Moye, one of the new onwers of Full Circle Brewing Company

Though Young had two partners, he had been doing most of the daily work for the last few years, and after suffering a stroke in August, knew it was time to step away from the business (though he’s not ruling out a return to the scene at some point and has plans for another downtown bar/venue). The building and business were listed for sale in hopes that someone would continue operating under the Full Circle name, but the place was on the verge of closing earlier this month.

Enter Cassidy Jakovickas and Arthur Moye, who will take over come mid-to-late June, once escrow is closed and all the permits have been transferred.

Traces of the weekend’s celebration could be seen on Monday afternoon, as Young played clean-up duty and readied the space for the new owners. A collection of photographs taped to one wall is filled with 16 years of patrons and performers – the fire spinners and jugglers, dancer and musicians – everyone in costume and with a beer in hand. On stage, there is a pair of oversized clown shoes that Young brought out at the party, to poke fun at the new owners – how they have big shoes to fill. That got laughs and cheers from the crowd, who happily welcomed the pair, Young says.

Full Circle has never been the trendiest craft-beer spot. The brewery has always been traditional with its beers, Young says.

You won’t find any high-alcohol citrus IPAs on tap at Full Circle. You will find an 1850 London Porter (at 5.5% ABV) and 11% ABV Russian Imperial Stout that’s been aged for more than a year. The 6.5% ABV Cluster Fuggle Cream Ale is an East Coast style brew and so popular, it’s embedded in the very vernacular of the place.

It’s not unusual for one patron to tell another to “get fugged.”

Moye and Jakovickas will expand on those recipes – especially the Cluster Fuggle Cream Ale – and the brand. The key here is quality and consistency, Moye says. Job No 1 will be ramping up production and getting the beers outside of the building and into taps around town. They will be hiring a brewmaster and within the next 12 to 24 months hope to have their beers in bottles and cans and on store shelves.

Jakovickas and Moye were fans of the brewery long before they saw the business was for sale – it was a place they discovered and “just kind of dug,” Jakovickas says. It was one of the first hangout spots Moye discovered when he moved to Fresno from the Bay Area nine years ago. He often found himself there with his wife after work. They would often invite friends (including Jakocickas) down for a drink or two. The place had a free-spirited vibe he enjoyed.

“It was my segue into Fresno,” he says.

It isn’t the pair’s first business venture in downtown Fresno. They recently moved their accounting firm and its 12 employees to a space on Tulare and M streets.

“We’ve been big believers in downtown for a long time,” Jakovickas says.

He knows the brewery’s location – on southern edges of Chinatown near the Fresno Rescue Mission – sets it off what most consider as downtown proper. But, there aren’t many downtown buildings left on the market and it is in a prime spot for future growth and synergies, what with its proximity to the baseball stadium and the various revitalization projects just to the south.

“We think there’s a lot of things to happen on the other side of the tracks, too,” Jakovickas says. 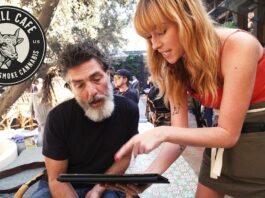 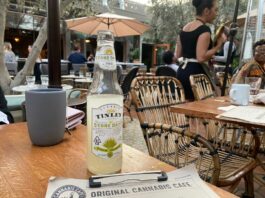 What’s it Like to Drink a THC Infused Beverage? 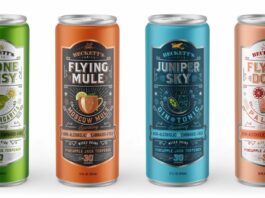