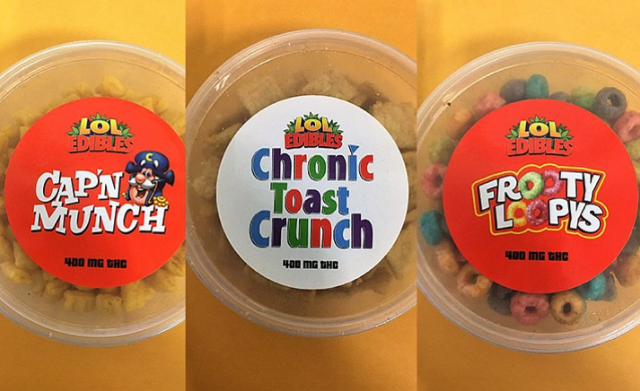 Edible marijuana products in Canada will be brought into the mix within a year after the country officially launches its recreational industry next summer, giving cannabis businesses an opportunity to enter a new market totaling perhaps 15 million people.

Allowing edibles is expected to be a boon for licensed producers – some of which have positioned themselves for the eventual inclusion of edibles – as well as extraction businesses, makers of concentrates and, potentially, owners of cannabis consumption lounges.

An appetite for edibles.

The potential edibles market is vast: 93% of Canadians who support legalization would purchase marijuana-infused food products, according to data from Dalhousie University professors Sylvain Charlebois and Simon Somogyi.

That points to a potential market of 15 million consumers.

Charlebois and Somogyi’s survey also found that few Canadians know how to use cannabis to cook at home, meaning those who want to try edibles will look to manufacturers.

Greg Engel – CEO of Moncton, New Brunswick-based Organigram – expects that extracts will play a big role in the legalized market.

“We absolutely think that it’s going to become a significant part of the cannabis industry in Canada,” he said. “Edibles will be a big deal, and when you extend into vaporizable oil, from what we’ve seen in U.S. states where those products exist, it can be upwards of 50% of the market.”

A number of Canadian companies have positioned themselves to capitalize on the edibles market once it joins the legal fold.

Smiths Falls-based Canopy Growth, which is headquartered in a former chocolate factory, is one of them.

“Having edibles come out of this place would be historic and special for the company,” said Jordan Sinclair, spokesperson for Canopy.

Canopy, traded on the Toronto Stock Exchange as WEED, signed a licensing agreement with California-based Isodiol International to manufacture and distribute marijuana-infused, single-serve K-Cup products in Canada and internationally.

Sinclair said extracts, including edibles, are “a massive part of the market” in places like Colorado, and that bodes well for the market in Canada. “Just the oils and capsules themselves have proven to be incredibly popular products from our platform,” he said.

“It’s good to see the progress (by the government), because it allows us to keep planning,” he said.

Organigram, traded on the TSX Venture Exchange as OGI, is another. It has the exclusive rights to sell Colorado-based TGS International’s line of cannabis extract and derivative products.

“This direction allows us to be able to continue the planning process,” Engel said. “Getting a specific timeline allows us to act in confidence and make the investments we need to make.”

Other companies that have positioned themselves to market edibles include:

Matt Lamers can be reached at mattl@mjbizdaily.com