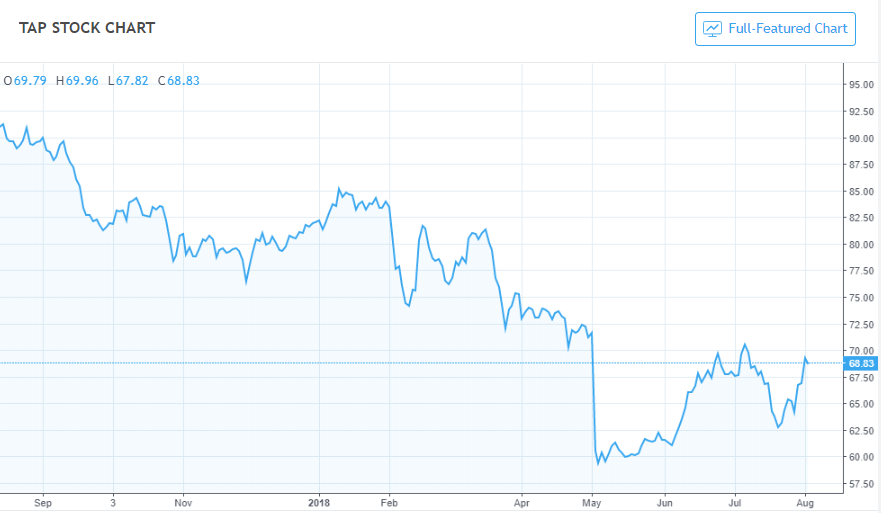 Molson Coors is the latest in a line of beer companies to enter the cannabis market. Constellation Brands , the beer giant behind Corona, paid $191 million for a 9.9% stake in Canopy Growth, a Canadian marijuana producer, in October of last year.

A startup based in Nevada, Cannabiniers, is rolling out a line of cannabis-infused beers in Nevada in August.

And Lagunitas, a California-based craft beer company owned by Heineken, recently rolled out a cannabis-infused beverage.

Molson Coors Canada today said it is forming a joint venture with a Canadian cannabis producer and marketer to develop, produce and market non-alcoholic, cannabis-infused beverages in Canada following legalization. 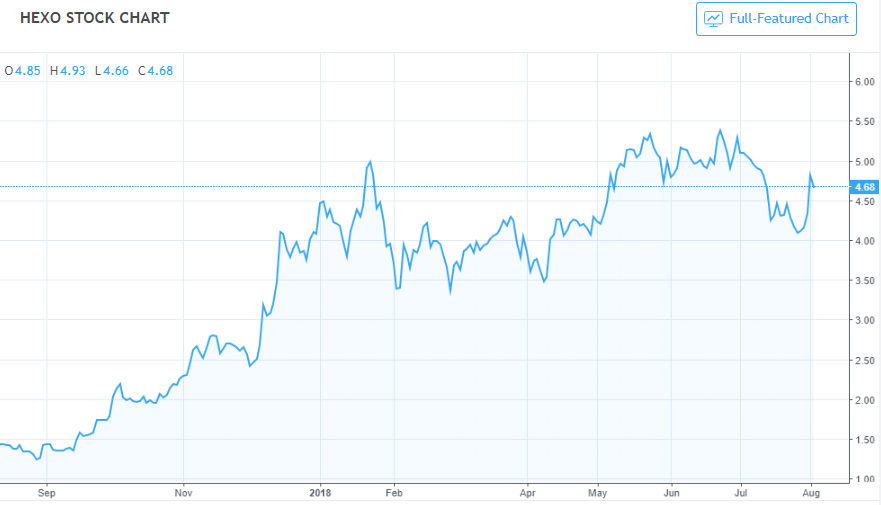 The joint venture with the Hydropothecary Corporation (Symbol: HEXO Toronto), will be based in Canada and operate as a standalone company. It will have a separate board, independent management team, and go-to-market strategy. The deal is expected to close by the end of September. It has not yet named a chief executive (note to self, $4 million in sales and $900 million market cap).

Production of any beverages developed by the joint venture will take place at HEXO’s facilities in Gatineu, Quebec. There are no immediate plans to use Molson Coors breweries in production of cannabis-infused beverages.

HEXO’s joint venture with Molson Coors Canada comes less than three months before adult-use cannabis becomes legal in Canada. Edibles and cannabis-infused beverages are expected to be legalized for adult use in 2019.

“Canada is breaking new ground in the cannabis sector and … Molson Coors Canada has a unique opportunity to participate in this exciting and rapidly expanding consumer segment,” said Frederic Landtmeters, president and CEO of Molson Coors Canada, in a statement. “While we remain a beer business at our core, we are excited to create a separate new venture with a trusted partner that will be a market leader in offering Canadian consumers new experiences with quality, reliable and consistent non-alcoholic, cannabis-infused beverages.”

Landtmeters cited HEXO’s “robust production capacity,” “track record of innovation” and “shared values” that have earned the trust of its consumers.

The joint venture will be formed with the sole focus on the Canadian market. Molson Coors Canada’s agreement with HEXO restricts the joint venture from operating or distributing any products in markets outside of Canada. Should marijuana become federally legal in other markets, the company will review those opportunities.

In a note to Molson Coors employees announcing the move, CEO Mark Hunter said cannabis increasingly “is becoming part of the lifestyle of many consumers” in Canada, and as the product gains legal approval “the industry is becoming more professional and mainstream with greater ability to control quality and deliver targeted experiences.”

“Consumers who want to enjoy cannabis as they would a beer – in moderation – are able to do so, which is quickly driving acceptance and adoption,” Hunter said. “And, just as generations of beer drinkers have relied on Molson Coors Canada for high-quality products from a source they can trust, cannabis consumers will know they can continue to trust the joint venture as it enters this new market with non-alcoholic cannabis-infused beverages.”

The joint venture, he said, will approach the product with a commitment to advocating for responsible consumption. One of its first priorities will be working with the Canadian government to help develop a regulatory framework that ensures the responsible marketing, purchase and use of cannabis products.

“Molson Coors has not only survived, but thrived, over many generations in an increasingly fast-changing world by anticipating and meeting consumer needs with both a pioneering spirit and a deep sense of responsibility,” Hunter said. “The joint venture is a very exciting opportunity to delight Canadian consumers with new products they can trust and enjoy responsibly.”

Other players in emerging industry.

Other cannabis-infused beverage startups are in the works in the U.S., where legal.

California-based Two Roots Brewing Co. is producing a marijuana-infused beer at its Las Vegas brewery that could be for sale in dispensaries within weeks. 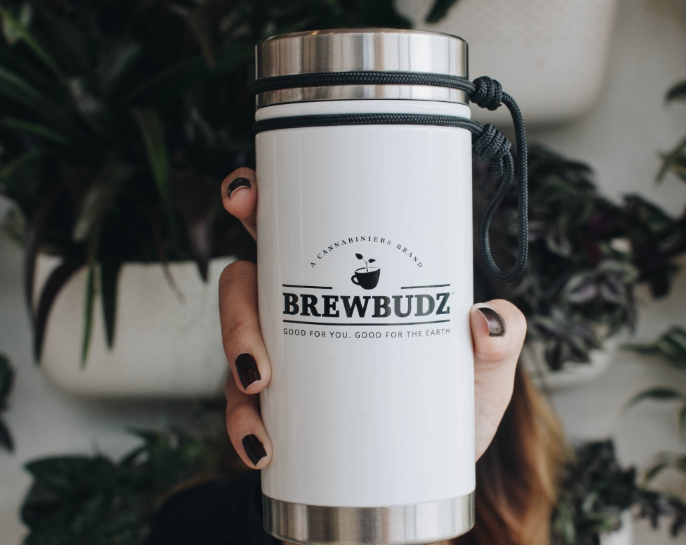 The Marijuana Stock Review a financial portal of aggregated or curated news, interviews and research reports on publicly traded Marijuana and Alcohol companies. Some people call them Sin Stocks. We call them Daily Staples. To have us review your company in print or television (Fox Business Network): Call Roland Rick Perry or text 310-594-8062