Quick, guess which California county is home to the most legal cannabis farms?

If you said Humboldt or Mendocino or Trinity — the counties that make up Northern California’s famed Emerald Triangle, long said to supply perhaps 60 percent or more of all cannabis consumed in the United States — you’d be wrong.

Santa Barbara County and cities in its boundaries have received 799 permits to grow marijuana — 14 percent more than Humboldt County, according to CalCannabis, a division of the Department of Agriculture that oversees licenses for cultivators.

That’s one surprising find from an analysis of the nearly 6,000 cannabis businesses that have received temporary state licenses in the four months since California began issuing such permits.

Most of California’s massive marijuana industry is still operating without permits, as a small but growing group of state regulators struggle to convert or shut down the entrenched gray market.

But a close look at the licenses issued so far is offering insight into how the world’s largest legal cannabis market is taking shape, including how few delivery services have jumped to the regulated market, how most of California’s legal cannabis will be grown, and how few labs are ready to test the safety of cannabis products. 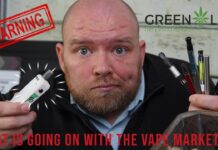 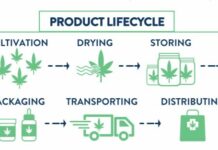