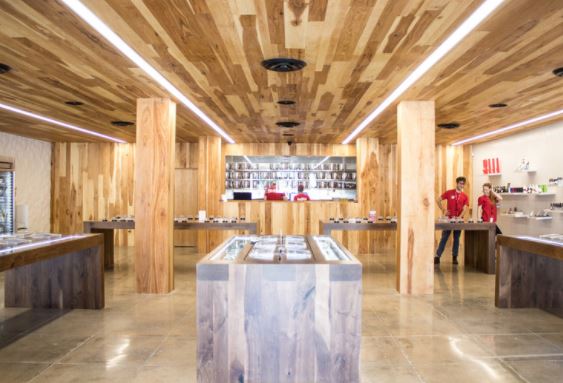 US cannabis companies look to Canada when going public

MedMen, which operates dispensaries and production facilities in three states and has 700 employees, may be one of the biggest American cannabis companies to look to the north for growth, but it isn’t the first, and it certainly won’t be the last.

“There is this unique situation where people are very excited about an industry, but there are legal and regulatory blocks to opening capital flow,” said Troy Dayton, CEO of cannabis investment and market research firm Arcview Group.

Facing regulatory restriction and fearing federal government intervention, an increasing number of American cannabis companies are looking to list on international stock exchanges. And Canada, which plans to legalize recreational and medical marijuana nationwide by fall, has some of the most “420-friendly” markets around.

MedMen CEO and co-founder Adam Bierman took the stage on Wednesday at a cannabis conference hosted by Canaccord Genuity in Vancouver. He plans a reverse takeover with a listed shell company rather than an initial public offering.