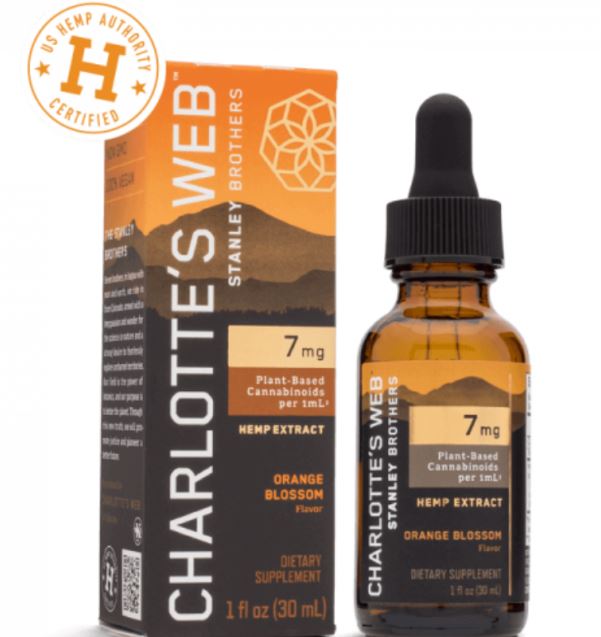 Excerpts from both cases:

Charlotte’s Web’s (OTCQX:CWBHF) shares are tumbling (down 6% to $9.44 at the time of this writing) following the publication of the company’s Q3 earnings results, which showed flat sequential growth and increased operating expenses.

According to the Brightfield Group’s most recent report on the state of the CBD industry, “There are now more than 1000 CBD brands operating in the space, with many more sophisticated players developing.” This was alluded to by CV Sciences’ CEO Joseph Dowling on the company’s last earnings call:

“The natural product retail channel was the early and first adopter of CBD products. We started this category nearly five years ago, and we are still the leading brand in this channel. Over the last nine months, the natural product space has been flooded with perhaps more than 1000 new brands, competing for shelf space in every state. Many companies are giving product away to obtain shelf space, which is simply unsustainable.”

Charlotte’s Web has made a concerted effort to market its CBD products with a clear story and branding. A brief visit to each company’s website indicates that Charlotte’s Web has invested more in making its website more aesthetically appealing and consumer-friendly than CV Sciences’ site.

There isn’t necessarily anything wrong with CVSI’s approach but we feel that it limits the scope of its consumer base since young people may be more receptive to CWBHF’s efforts to brand itself and its products as environmentally conscious, premium quality, etc.)

In our personal opinion (we welcome any dissension or arguments to the contrary), Charlotte’s Web is doing a better job in terms of product presentation and packaging. Its capsules are packaged in a bottle with subtle, aesthetically appealing imagery that evokes nature and the outdoors.

Although we previously believed that the valuation gap between CWBHF and CVSI was excessive, Charlotte’s Web has demonstrated over the past few quarters that it deserves to be valued at a premium given its greater growth trajectory, excellent management team, and dominant position in the CBD industry.

We also feel that Charlotte’s Web is the most likely acquisition target in the CBD space, given its leading position in the industry and the fact that it is free of the controversy surrounding some of CV Sciences’ past dealings and accounting irregularities.

Charlotte’s Web Holdings (OTCQX:CWBHF) crashed the market with signs the U.S. cannabis market is facing some of the competitive pressures that has already hit the Canadian LPs. The updated views of the company doesn’t alter the long-term positive view on the CBD sector, but investors shouldn’t rush into buy the dips in the stock at the current valuation.

CWB just cut the 2019 revenue forecast from between $120 million to $170 to less than $100 million after a big miss on Q3 revenue targets. In the process of the last year, the company has gone from 35% EBITDA margins to next to nothing. Like most in the sector, CWB has invested aggressively in additional cultivation of hemp and a processing facility that increases production 10x to accommodate annual revenues of $2 billion (read wasted costs in the next few years) while the market has failed to develop at the same speed.

Even with the 8% sell off on Wednesday, CWB still has a market cap over $900 million with a forecast for revenues to only grow to $140 million to $150 million in 2020. The biggest issue with valuing the hemp-based CBD producer is the uncertainty in the CBD market due to the lack of clarity from the U.S. FDA.

CWB has spent the year growing national retail accounts to top 9,000 locations. Unfortunately, a lot of the large FDMs refuse to sell anything other than topicals due to the FDA opinion on ingestibles and edibles. The company estimates that independent stores only obtain 15% of sales from topicals so all of the work with building the FDM relationships has gone completely to waste so far due to the lack of clarity on what the FDA will enforce.

CEO Deanie Elsner summed up the current situation on the Q3 earnings call:

“For perspective, the Charlotte’s Web topical line consists of skin lotion and balm, which make up just four items of our 45 SKU portfolio available in stores big that do carry our full product line topical account for just 10% to 15% of total portfolio sales. The opportunity for Charlotte’s Web will be both the expansion of our distribution breadth across national retailers, in addition to the expansion of our portfolio depth within each retailer.”

On top of the regulatory uncertainty, the market is facing an increased competitive landscape as companies plowed into the sector based on the upper market size target where $21.3 billion of additional revenues are added to the hemp market over just four years. CWB has an established brand, but the consumers can’t be so tied to their brands already for the company to avoid the pricing pressure and irresponsible moves of other manufacturers. Per the CEO on the earnings call:

“In this channel we’ve seen more crowding as new products compete for shelf space, in some cases with manufacturers outright buying shelf space. This is an unsustainable model that is causing some price pressure and margin pressure among the lower end products and lesser-known brands.”

The Brightfield Group had already provided a scenario where the CBD market was being flooded with new brands. The research firm estimates that the amount of brands in the CBD space in 2019 would grow 10-fold from only 200 in 2017. The CEO suggests the number has soared further to 2,800 brands now.

The space is bound to go through a shakeout period, especially as sales fail to materialize as expected due to the FDA. The question is how to value CWB during this shakeout period and based on the uncertainty of the CBD market development path.

With new 2020 revenue targets of ~$150 million, investors should look for a stock valuation in the $600 million range or 4x sales as an extreme opportunity to snap up the stock. The more likely outcome is that investors see the potential for 2020 revenues reaching $200 million due to national retailers rolling out ingestibles providing an $800 million or $8 price target based on 4x sales estimates.